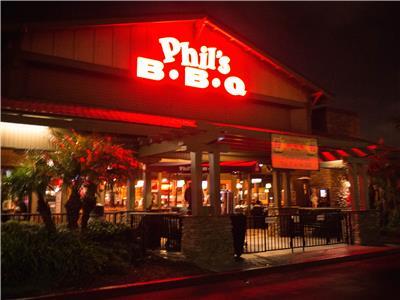 For the past fifteen years, BBQ lovers across San Diego County have turned to restaurateur Phil Pace to satisfy a singular craving: mesquite grilled baby back and beef ribs, chicken and sandwiches. Serving thousands of customers a day from a diverse clientele of skateboarders to Bentleys, Phil has built his foundation on consistency, quality, freshness and friendly service.
1 – LUXURY HILLTOP RETREAT IN THE CITY; NO EXPENSE SPARED; UNFORGETTABLE VIEWS! – 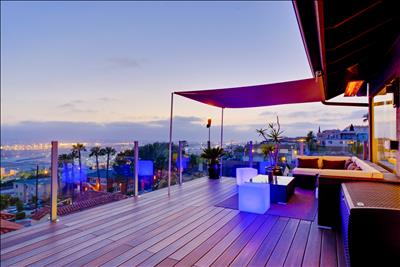 Luxury city living at its best! This newly remodeled home has stunning 270 degree views of the city and San Diego Bay. No expense was spared with the high-end upgrades throughout the property. Jaw dropping! 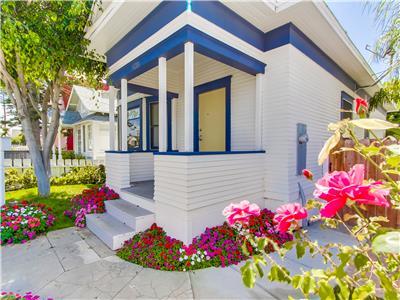 This charming home is ideally located near all of San Diego’s main attractions. It features a cozy, open floor plan, brand new kitchen with granite counter tops and stainless steel appliances, and private tropical backyard with deck to enjoy the city lights! After a long day of being out and about in “America’s Finest City,” come back to all the comforts of your home-away-from-home! 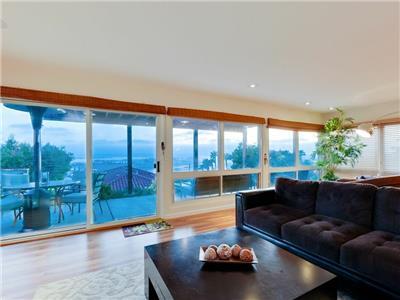 Located in the hills of San diego, you will feel like you are on top of the world.

The floor to ceiling bay windows offer 180 degree panoramic water view that will leave you saying “WOW”! Many guests have shared one of the highlights of their trip is relaxing in the cuddler lounge chair while reading a book and enjoying the magical sunsets over the bay.

For the past fifteen years, BBQ lovers across San Diego County have turned to restaurateur Phil Pace to satisfy a singular craving: mesquite grilled baby back and beef ribs, chicken and sandwiches. Serving thousands of customers a day from a diverse clientele of skateboarders to Bentleys, Phil has built his foundation on consistency, quality, freshness and friendly service.

"We thrive on providing each guest with the ‘Phil’s Experience’, which basically comes down to organized chaos," laughs owner Phil Pace. "The biggest reason behind our success is our loyal customers who have supported us and waited in line for a taste of BBQ for the past twelve years."

Since opening its doors in San Diego in 1998, Phil’s BBQ has served over one million pounds of BBQ sauce (enough to fill Shamu’s tank). Expanding from four employees to well over 400, Phil’s BBQ has become an employer of choice in San Diego. In 2007, after the smoke cleared from the original Phil’s BBQ location in Mission Hills, the restaurant relocated to a much larger space in Point Loma. Even with a change of location, the Phil’s experience and menu remains the same: long lines of anticipation, an energetic, friendly atmosphere, fantastic food, huge portions and many, many, paper towels. In 2010, Phil’s BBQ San Marcos opened with great anticipation from our fans in the northern portion of San Diego County. Santee and Petco Park opened in 2012, and our fifth restaurant opened in 2013 at San Diego International Airport.

Phil doesn’t come from a long line of BBQ connoisseurs. Instead, he created from scratch a top-secret recipe for BBQ rubs and sauce while taking his dad’s advice to only cook what he knows best and treat employees like family. Phil has been a pioneer of fast, casual dining since the opening of the first restaurant, giving San Diegans what they want – great BBQ. Taking care, satisfying cravings and supporting customers has alway
s been #1. Because commitment to the San Diego community has been an intricate part of the journey, Phil’s BBQ has contributed over half a million dollars to local children’s charities over the past fifteen years.